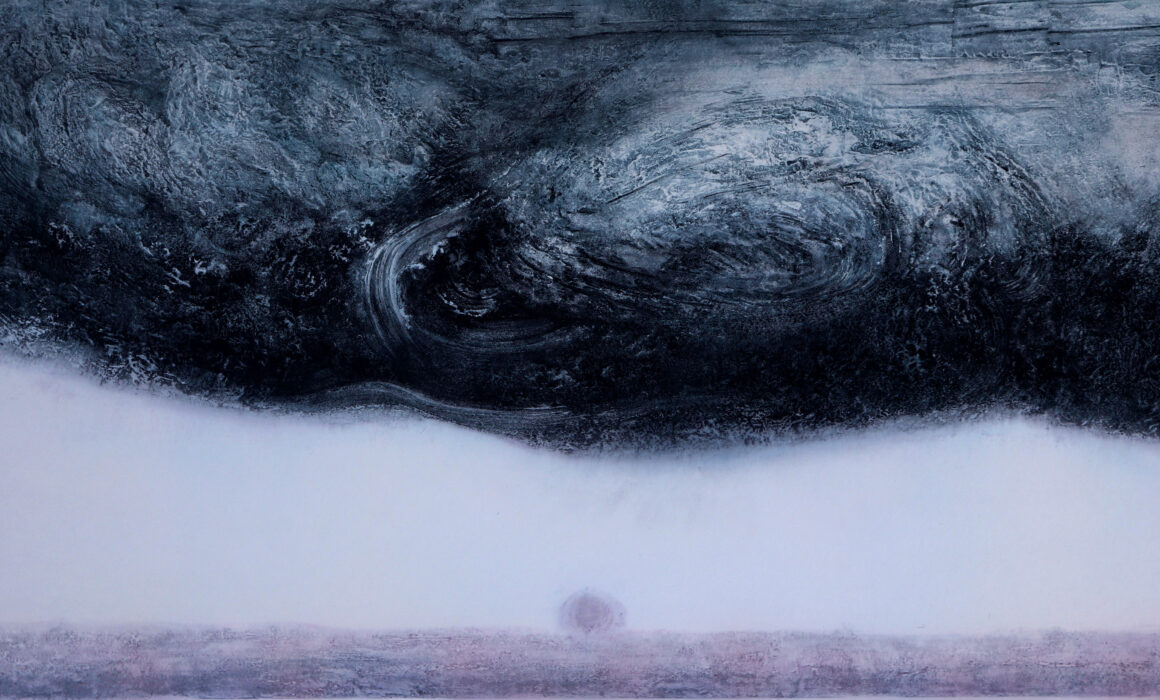 As representatives of ancient Chinese philosophy, the two masterpieces Confucius 孔子 ’s Analects 《论语》 and Laozi 老子 ’s Dao De Jing 《道德经》 are, in my opinion, two vehicles proposing solutions to the problems faced by humanity since times immemorial. I do, however, prefer the former to the latter. While the former is much like a ladder, aiming to provide solutions to specific problems that we may encounter in our daily lives, and that can be conquered through learning, the latter may be compared to a switch, whose core value is to seek a form of controllable freedom. “Perception”, the final solution suggested by the Dao De Jing, is not so specific and explicit in nature as the teachings proposed by the Analects. I kept a copy of the Dao De Jing with me during my stay in the US, a few years back, because to me, it is a revelation, a beacon in the dark.

Janet, my American landlord, is one person who left a deep impression on me, and with whom I had many deep and unexpected conversations. As I settled down in what was to be my new home for the following year, I soon found out that she was fond of tiny things, like feathers of little birds shed on the roadside, and nests blown down from trees by the wind. Even the wild flowers blossoming at a wall’s corner could arouse great interest in her.

“Why do you always notice these tiny things?” I once asked.

“I do not expect to see bigger things.” she replied.

“This is why you find true happiness, which is the biggest thing.” I said.

Later, through our conversations, I gradually came to realise her strong love for Chinese culture. I found to be well read in such ancient classics as the Analects, the Dao De Jing and Sunzi’s Art of War 《孙子兵法》. I was quite surprised to discover her love for Laozi, the philosopher of the Spring and Autumn Period and founder of Taoism, as well as for “blanks”, or empty spaces intentionally left in Chinese paintings. When she told me that such empty spaces are not void at all, but that they are rather the expression of the painter’s ideas, I gladly acknowledged her good taste for Chinese paintings. This is how we became friends. In return, she taught me about the Bible. Surprisingly, I could sense something very close to me in the excerpts she introduced me to. They reminded me of the teachings of some Chinese thinkers, such as Laozi and Wang Yangming 王阳明 (1472-1529). I find the similarity among them and humanity they try to convey. While Jesus teaches us to love one another (“love thy neighbour as thyself”, Mark 12:31), emphasising and literally demonstrating that there is no greater love than to lay down one’s own life for one’s friends, Laozi advocated that the highest virtue is like water: “The highest excellence is like (that of) water. The excellence of water appears in its benefiting all things, and in its occupying, without striving (to the contrary), the low place which all men dislike.”[1] 上善如水，水善利万物而不争. What a similarity! A common concept of love flourishes in their teachings, exhorting us to be kind to each other, to love one another. I’m fully convinced that love can bridge divides and make people live on friendly terms with each other. Likewise, Confucius remarked: “The wise delight in water; the humane delight in mountains.”[2] 智者乐水，仁者乐山. Mountains and water are symbols of a wise man’s spirit rather than a realistic landscape, and thus come close to Christ’s words, “love thy neighbour as thyself.”

In his Preface to Mountain and Water Paintings 《画山水序》, Zong Bing 宗炳 (375-443) asserted that “mountains and rivers have a material form, and yet intrigue the spirit”[3] 山水以形媚道. This clearly emphasised the purpose of Chinese mountain and water painting —intrigue the spirit. As for the Qing dynasty painter Shitao 石涛 (1642-1707), he put forward a revolutionary painting method: The One-Stroke Method 一画之法. “This is because when the primordial uncarved block was dispersed, the principle of oneness of strokes emerged, and ten thousand things were manifested. Confucius said: ‘My doctrine is that of an all-pervading unity.’ This proves that oneness is not merely idle talk.”[4] 盖自太朴散，而一画之法立矣；一画之法立，而万物著矣。我故曰：“吾道一以贯之。” My own studies have gradually brought me to believe that in the study of Chinese mountain and water painting, “one” point of view is more important than technique. “All-pervading unity” is the core of Chinese culture. According to Zhuangzi 庄子 (369 – 286), for instance, “Heaven and earth were born at the same time I was, and the ten thousand things are one with me.”[5] 天地与我并生，而万物与我为一 (天人合一) . Laozi: “Having little, you may gain; having much, you may be at a loss. So the sage holds on to the One to be the model for the world.” [6]少则得，多则惑。是以圣人抱一为天下式. Wang Yangming: “knowledge and action are one”[7] 知行合一.

Some readers may be surprised to discover that quite similar views have been put forth in the West. The famous English poet William Blake (1757-1827) expressed himself in the following way: “To see a world in a grain of sand”; the German architect Ludwig Mies Van der Rohe (1886-1969) “less is more”; the contemporary British folk poet Allan Taylor likewise composed a song is, All is one. Therefore, “one” is the wise way that can help us to clearly see the world through and despite its complexity.

“One is all and all is one” means to observe the big through the small, and the small through the big. In my eyes, this is the key to the study of Chinese mountain and water painting, shanshui hua 山水画. This key does however compose itself of two points.

First of all, the Confucian classics are the most influential, beginning with The Great Learning 大学

From cultivating oneself to “carrying forward all the inherent virtues in the world and to rid people of material desires” — this is to complete the thinking transformation from the individual to the world. This transformation is abstract and difficult, but was regarded as a popular rule in ancient China.

The second, i.e., the “unity of man and heaven” 天人合一, is a concept so important that main schools of thought in China have been discussing it ever since its inception. As Zhuangzi put forward: “Heaven and earth were born at the same time I was, and the ten thousand things are one with Me.”, Dong Zhongshu 董仲舒 (179-104) added in a similar vein, “Transform Heaven and Man into one” 天人之际，合而为一. It is ideas such as these, influenced by Taoism and Buddhism that prompted some to flee the vain pleasures of this worldly life and make their abode in the mountains.

This is why Chinese painters, regardless of whether they spent their lives in seclusion or in office, all pursue the same purpose — to cultivate oneself and to rule one’s state well. Real mountains and streams are just symbolic goals of self-cultivation. Likewise, Chinese painting should be perceived as a way of self-cultivation, the ultimate pursuit of its practitioner. The same aspect may be found in the tea ceremony, where the ceremony is more important than tea itself. This could be the main reason explaining why Chinese painting styles didn’t have radical changes over the past millennia.

The concept “one is all and all is one“also becomes apparent when one studies the materials, tools and forms of expression proper to Chinese painting.

First, the main characteristic of Chinese paper is to highlight the properties of ink-stroke rhythm, as well as the impossibility to correct any eventual mistakes on the painter’s part. The properties of Chinese Xuan paper, xuanzhi 宣纸, are as wonderful as life itself, but cannot be reproduced.

Second, Chinese ink is as mysterious and changeful as the night. Ink on white Chinese paper is as abundant as night meets day, and is therefore the most direct and natural colour, capable of summarising in an infinity of shades ranging from white to black, all the subtle transmutations of our complex world.

Third, there are two peculiarities about Chinese writing brushes, maobi 毛笔. On one hand, as Laozi put it, “the softest thing in the world can penetrate the hardest” 天下之至柔，驰骋天下之至坚. This does equally apply to the Chinese brush, whose soft hairs can trace the hardest lines. On the other hand, the brush may be likened to a piano’s keyboard, which has 88 keys and is therefore limited, while the music proceeding from it is infinite. The Chinese brush, too, is a simple tool, yet its possibilities are endless.

Fourth, poetry, calligraphy, painting and seal carving are the basic forms of Chinese painting, while guqin 古琴, go weiqi 围棋, calligraphy and painting are the basic disciplines to be mastered in a traditional Chinese literati’s wenren 文人 education. Thus, it may be seen that traditional Chinese culture emphasises the multi-faceted thinking dimension and the diversity of one’s skills, which could remind one of Leonardo da Vinci’s versatility.

To see a world in a grain of sand,

And a heaven in a wild flower

Hold infinity in the palm of your hand

And eternity in an hour.[9]

Read the article from the magazine